There are a wide range of sources of lead. Before the 1960s paint used in homes, on furniture and on toys contained high levels of lead, hence old paint can be a problem, particularly if it is deteriorating or is being stripped off either using sanders or with heat.  Other sources of lead can include abandoned motor vehicle batteries, lead piping, lead shot (ingested or from a gunshot wound), fishing or curtain weights, and lead soldering. 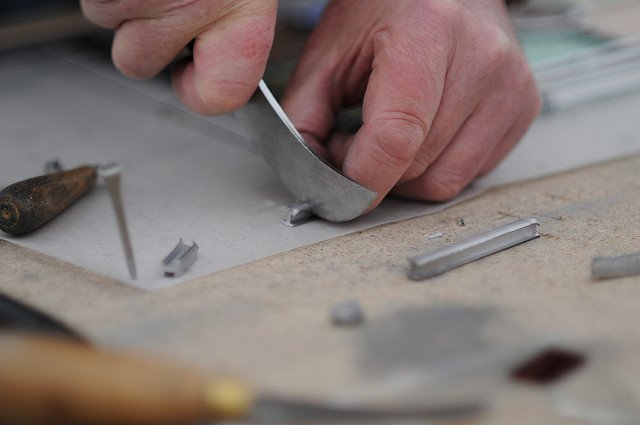 In general young animals are more predisposed to lead toxicity due to their tendency to lick, mouth and chew foreign objects.  Furthermore, young animals have a higher demand for calcium because of bone growth, but the proteins that are involved in calcium transport from the gastrointestinal tract also have a similar affinity for lead, further predisposing younger animals to a greater risk of lead toxicity.  Absorbed lead is initially distributed to various organs and tissues, including the liver and kidneys, and is then gradually redistributed throughout the body, some of which enters the bone (effectively a long-term storage site for lead), some of which remains in the blood and soft tissues.

Clinical effects of lead toxicity can be variable and will depend on the level of exposure, duration, and the age of the animal.  Signs may be vague and non-specific and may vary dependant on the species involved.  Typically gastrointestinal and neurological signs are most commonly seen.  Gastrointestinal signs often occur before CNS signs and are more common with chronic low level exposure.  Whereas the development of CNS signs (e.g. ataxia, blindness, tremor, behavioural changes) are more likely to be associated with acute exposures and in cases of lead toxicity in young animals (due to the immaturity of the blood brain barrier).  In chronic exposures, which can be immunosuppressive, laboratory monitoring may reveal an anaemia, red blood cells with basophilic stippling and a high number of immature erythrocytes.  There may also be elevated liver enzymes and a leucocytosis.

Lead toxicity can occur in a variety of species. Incidences can occur in companion animals, including rabbits and pet birds, as well as in free-living wildlife species.  Recently two separate reports of lead toxicity in animals have included a case in a pet rabbit and two incidents in cattle:

Over the years the VPIS has received a total of five enquiries about lead exposure in rabbits, one of which also involved paint ingestion.

From a total of 471 enquires involving cattle, the VPIS has handled seven cases concerning lead exposure (where lead was reported as the sole agent).  In one of these VPIS cases the source of lead was an abandoned motor vehicle battery that had contaminated the silage. A variety of clinical signs were recorded in these seven cattle incidents including blindness, tremor, rumen stasis, bruxism, ataxia and lethargy.  Death of the affected animal occurred in several of the cases.

Treatment of lead toxicity includes removal of the source of lead from the animal’s environment (where known), supportive measures and chelation therapy may be required.

The VPIS is happy to help with enquiries concerning all species.  Please do not hesitate to call if you require advice.

There has been a shortage of supply of the Biomed antivenom (originating from Poland) which has caused issues here in the UK. It was due to the Polish regulator not being able to release the stock on time.  Raman Pharma (who are the only importer of antivenom into the UK) received their first delivery 2 days ago and 95% of this stock has already been sold, mainly due to fulfilling back orders.  Their next delivery is in 2 weeks, and they do not envisage that this will be delayed.  The situation is therefore resolving.

Veterinary practices should be able to get adder antivenom soon either from their wholesalers or by ordering direct by calling Raman Pharma on 01252 260460 and setting up an account with them.

In an emergency, please continue to call us on 0207 305 5055 where we can direct you to your nearest ToxBox or Elixir practice to source antivenom.